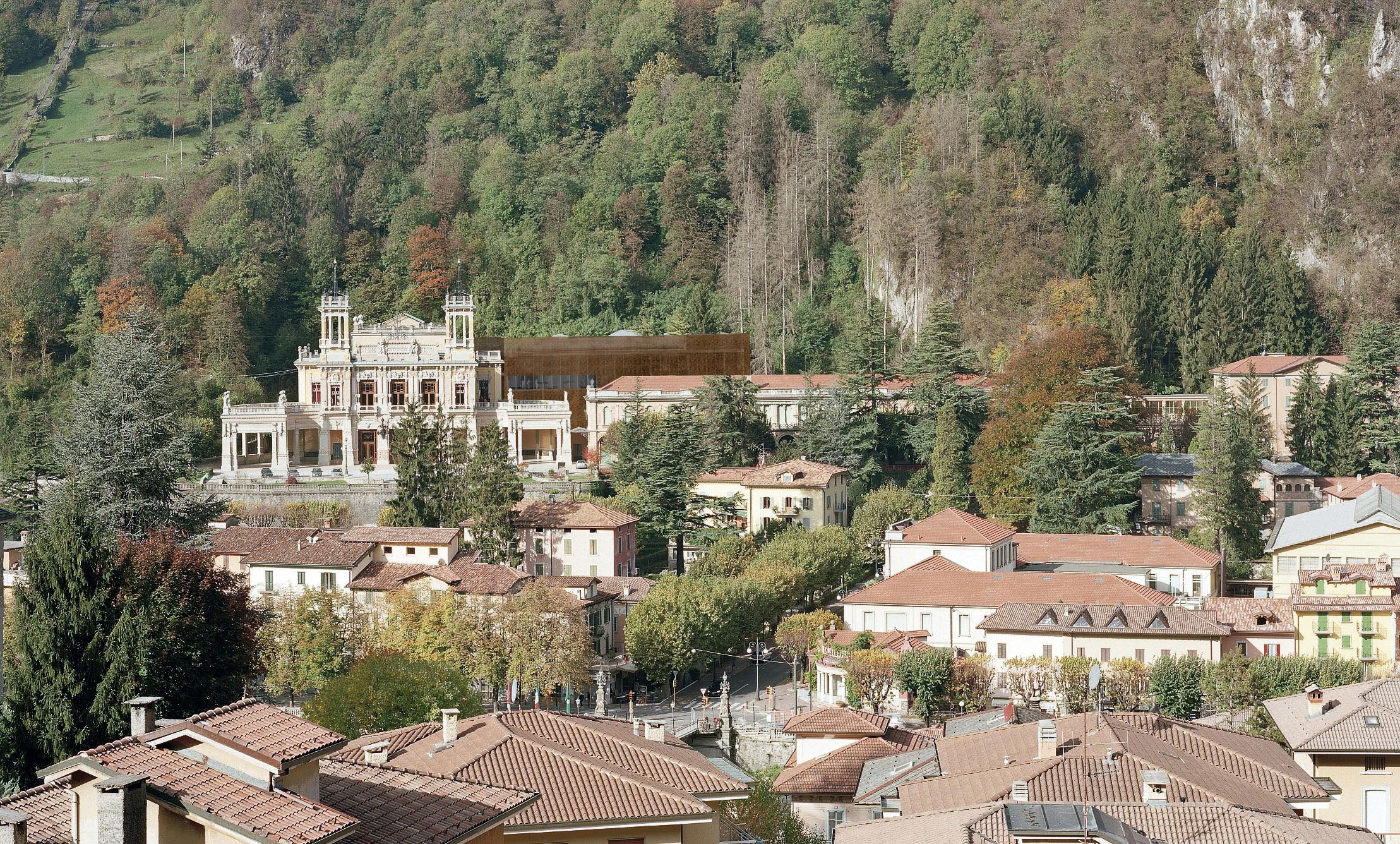 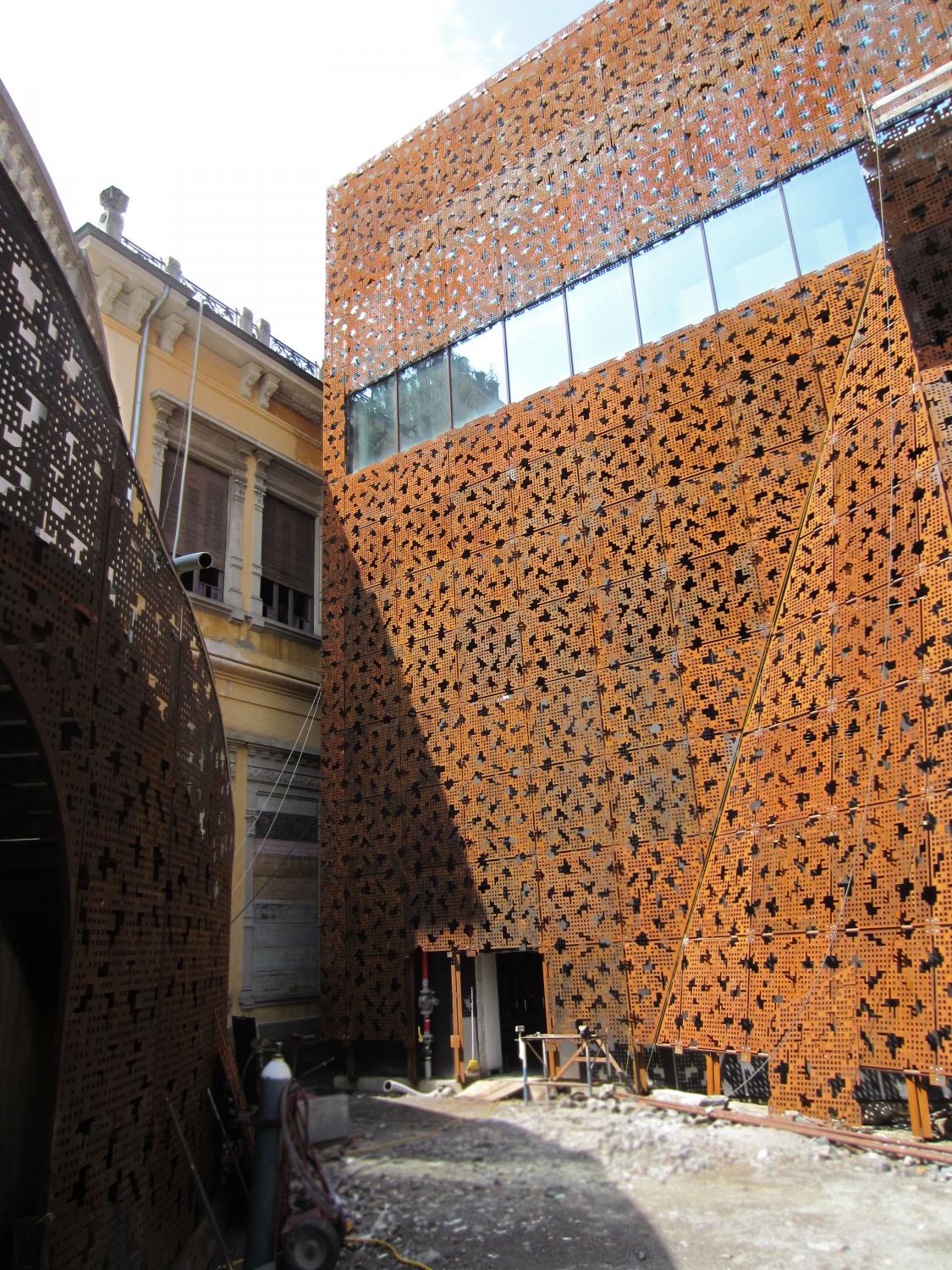 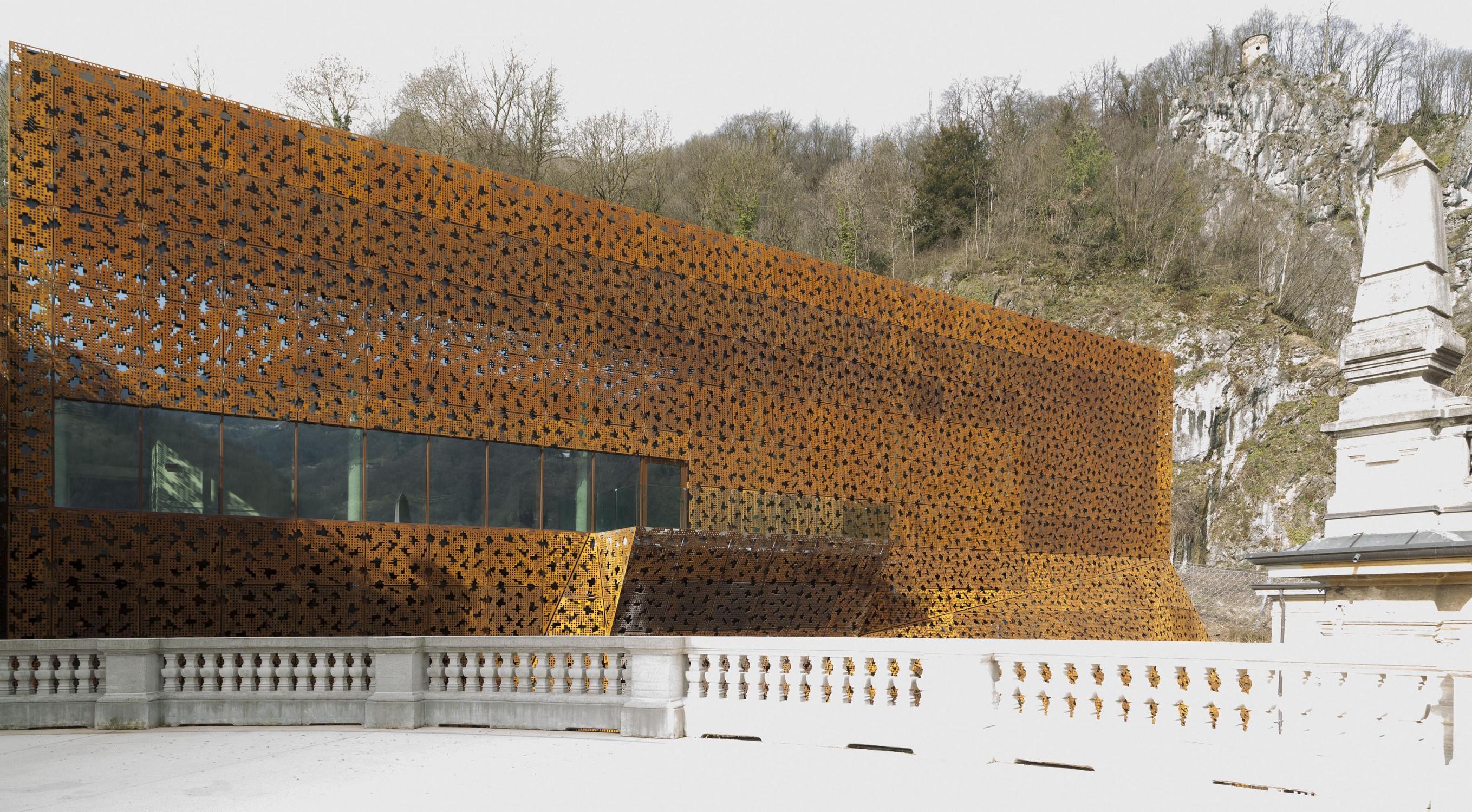 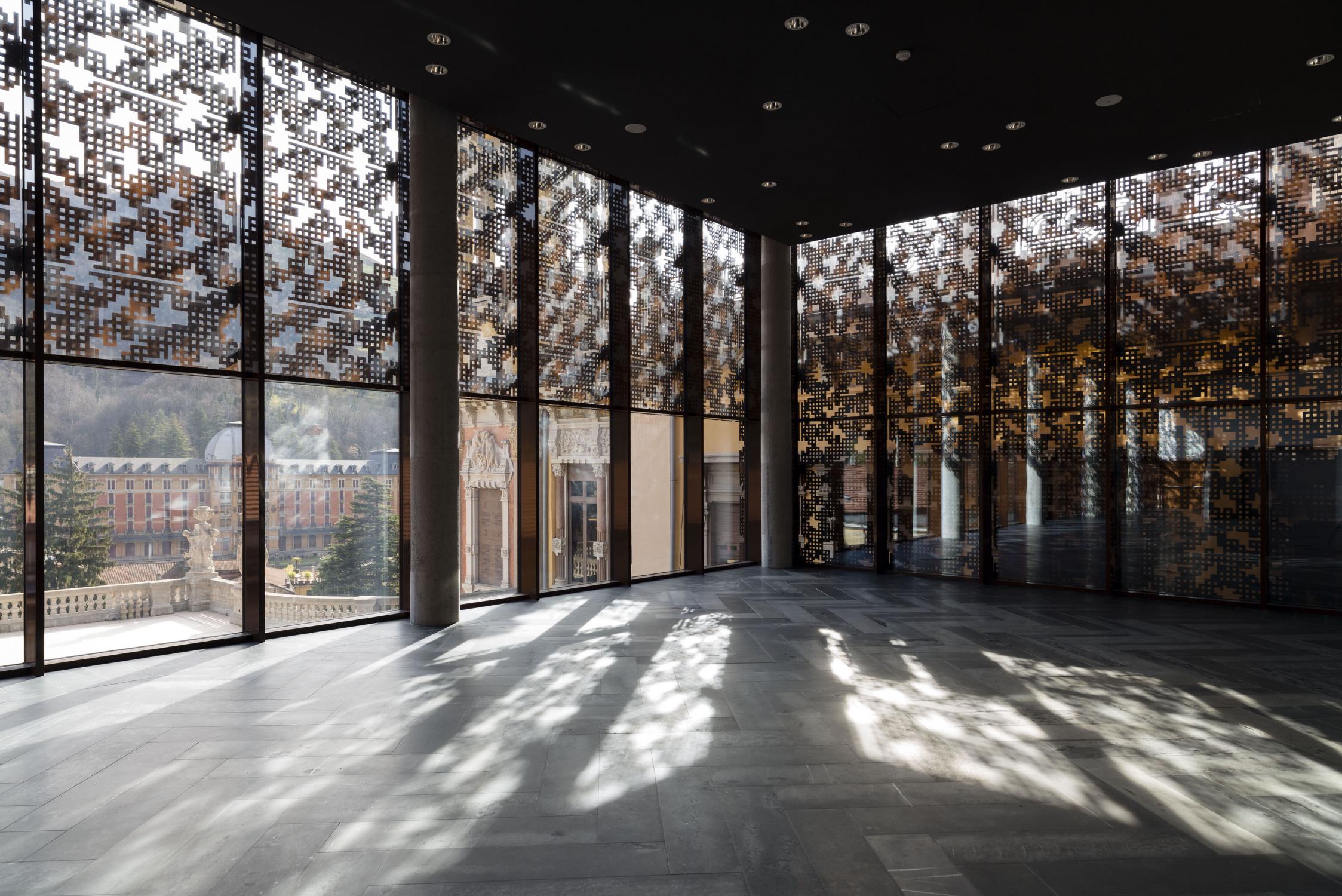 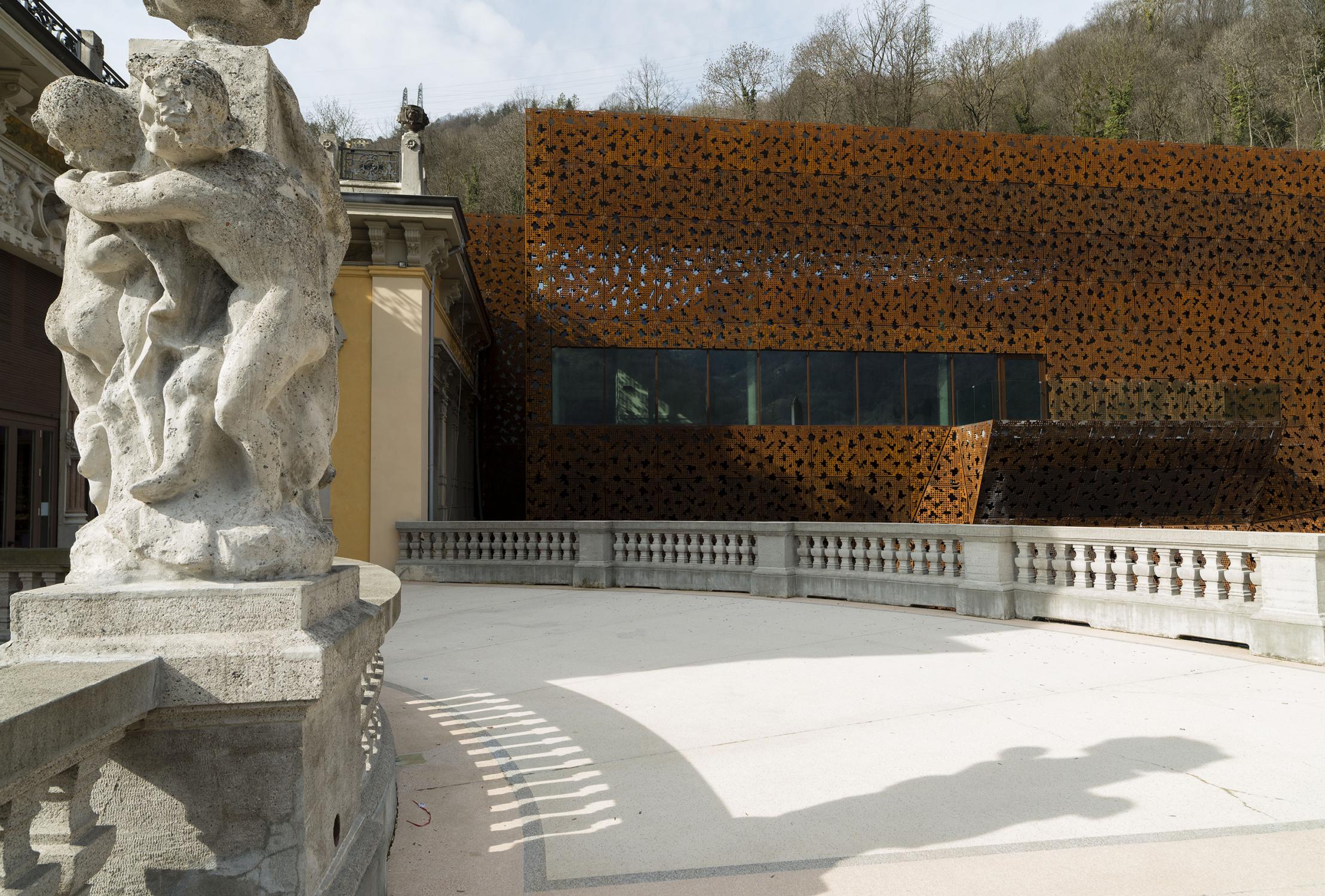 The project, designed by DE8 architetti and Tobia Scarpa, grasps the need for construction of the new foyer, to rethink about the Kursall ( Casinò and theatre) role at the “scale of the landscape.” In the original design of the early Twentieth Century, the Casino ‘ building served as foyer: welcomed, accompanied and allowed the public access to the theater. It was a purely representative building, which made the theater accessible place at a different height than the entrance (same level of the source water S.Pellegrino). At the scale of the landscape all the attention was devoted to the Casino’ building ; the original theater, in the background, appeared as a superfluous, without any architectural pretension. At the apparatus decorative “liberty” of the monumental complex, in the new project, is set against a “skin” in corten (chromatically matter recalls the colors of the woods behind) perforated enveloping the theater. The pattern of this new skin is our new decoration, changing and intangible, which is opposed to the original molds used in concrete. Conceptually has recreated the light that passes through a dense forest; this light floods the foyer and generates a new decorative structure, immaterial, diametrically opposed to the ornament concrete to the beginning ‘900. At the scale of the landscape, this new skin is a kind “theatrical background”; makes re-emerge the monumental original against the background of the forest, creates, by contrast, a perceptual distance. Outlines the contours and everything looks clear again.